At least four generations of Sauer’s have been active in viticulture. Initially they were simply selling wines in cask. In 1950 the family joined the Escherndorfer Co-op where they were primarily a source for grapes to complement the Escherndorfer wines. In 1979 Helga and Rainer started the Rainer Sauer estate and began selling estate wines under the Rainer Sauer label. They were making very good wines through 1994.

The 1995 harvest was a big turning point for the estate. The summer of 1995 was very wet. In the beginning of September rains continued and the grapes started to foul before they achieved physiological ripeness. The harvest started in October with the grapes almost ripe but the portion of foul grapes had increased from 25%-50%, all of the foul and mildew fruit was removed! The botrytis affected fruit was vinified after sedimentation of the juice and fermentation followed. The wines were bottled and at a very young stage were quite drinkable. However, after 8 – 12 months the color of the wine turned dark and developed unpleasant dull and musty components in both smell and taste. Any 1995’s still in inventory by 1997 were removed from the market. With this experience, the decision was made for a much more extreme and precise selection with all botrytised fruit removed. This late labor intensive manual harvest with several selective pickings per parcel, with careful handling of the fruit, is followed by slow controlled fermentation. This is why the Rainer Sauer wines are bright, clean, aromatic, subtle and pure, along with a wonderful expression of terroir.

Today, the estate is one of the great Silvaner producers in Franconia, or in the world! 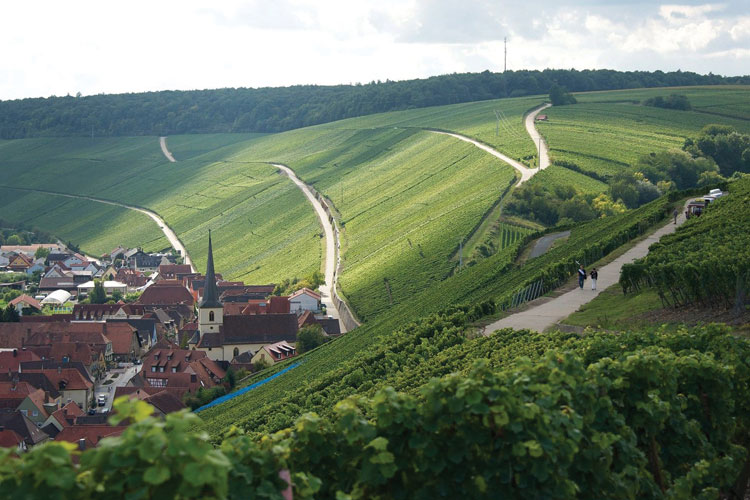 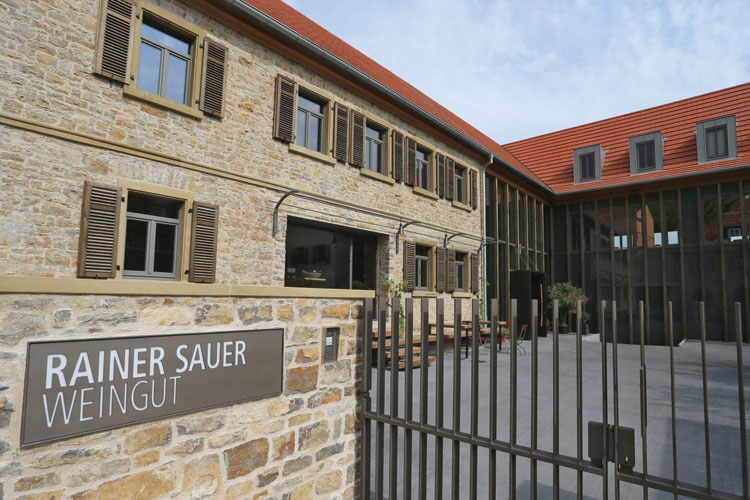