The 2021 Flood
“On July 14th 2021, when Meike & Dörte Näkel realized how bad the flooding was starting to get, they made the decision to rush to their new winery, just outside of town, and save as much as they could. As one of the top Spätburgunder producers in Germany, the winery held their livelihood, which included the unbottled 2020 vintage. The sisters never could have imagined the level of devastation that the flooding would bring. Soon after they arrived, the immense amount of water rushing into the building trapped them. Their first instinct was to go to the roof and hopefully stay above the water line as long as they could, but when a large gas tank washed into the building, it became clear that they had to find a way out. Dodging the equipment and barrels they had attempted to rescue, the two winemakers swam through the murky waters to the corner of the winery. With no clear path out, the sisters broke a window and were quickly pushed through by the rushing current. Doing their best to navigate the treacherous waters, the two were a mile away from the winery only to be saved by a tree planted by their grandfather. They clung to the life-saving tree for eleven hours before eventually being rescued.

The catastrophic damages caused by the flooding ravaged not only the winery and tasting room of Meyer-Näkel, but the entire Ahr Valley. The clean-up would have seemed insurmountable if it weren’t for the help and comradery provided to them by nearly every major winemaking team in Germany. Hans & Valentin Rebholz, Katharina Prüm, Klaus Peter Keller, Friedrich Becker, Cornelius Donnhoff, Dorothee Zilliken, and Oliver Haag are just a few of the superstars who aided in the recovery efforts. Thick brown mud covered everything. Most of the barrels were gone, and the majority of the equipment was ruined. Additionally, they thought that all of the 2018 vintage had been destroyed, until Hans Rebholz opened a side door in the winery, which revealed the entire US allocation of the 2018 Blue Slate Pinot Noir. The bottles were all washed and labeled and we are THRILLED to be able to offer some of the last Meyer Näkel Pinot Noir in the world. The next Pinot Noir will be released in 2024.

Thanks to the incredible support of top winemakers all over Germany sending their teams into the vineyards of Meyer Näkel, the 2021 vintage was saved. These wines are rare and represent a glimmer of hope towards the rebuilding of this great estate. Besides a few local customers, the US is the only market fortunate enough to have access to these wines. These three wines are extremely rare, so lets be sure to use them to help bring awareness to the Ahr and build the Meyer Näkel name!

*All proceeds have been prepaid to the Näkel family towards their rebuilding efforts.”

The name of the wine estate goes back to the marriage of grandparents Paula Meyer and Willibald Näkel in 1950. They cultivated an area of just 1.5 hectares, yet were able to make a name for themselves because Willibald’s production of dry red wines represented thoroughly pioneering work at the time.
During the post-War years, and for some decades afterwards, German wine was simply always sweet. This also applied, most significantly, to red wine, which may seem hard to understand today, but it matched the tastes of the time. What’s more, it helped to mask often inadequate ripeness.
The grandfather had the idea of going against the grain by producing dry wines. In 1982 father Werner took over the estate as a self-taught newcomer. He had previously worked as a high-school teacher of physical education and math and took over the grandfather’s ideas one step further. It’s no secret that he did so with tremendous success. With an uncompromising claim to quality, he succeeded in establishing an entirely new Pinot Noir style on the Ahr, and by the end of the 1980s Werner was already considered one of the most important vintners in Germany.

And now there are two sisters!

Together with mother Claudia, Werner gradually expanded the wine estate to its current size, and got involved in numerous other initiatives and projects. Alongside all this he ensured very early on that his two daughters, Meike and Dörte, could follow in his mighty footsteps. Both sisters initially completed training as vintners, then went on to study for a degree in wine cultivation in Geisenheim before gradually taking over the operation of the wine estate. Now their father gives them entirely free rein but is al-ways there with advice and assistance when needed. The generational handover could not have gone more smoothly.
The sisters are now proceeding with precisely that which always was, and is, so important to their father: making the magnificent terroir of the steep slopes by the Ahr tangible in mineral-laden and fruity wines. This requires a great deal of care in the vineyard as well as reduced yields, which are harvested by hand and carefully selected. This is only possible with the help of a truly committed team. The work in the cellar focuses exclusively on preserving this high level of quality through a gentle working method. 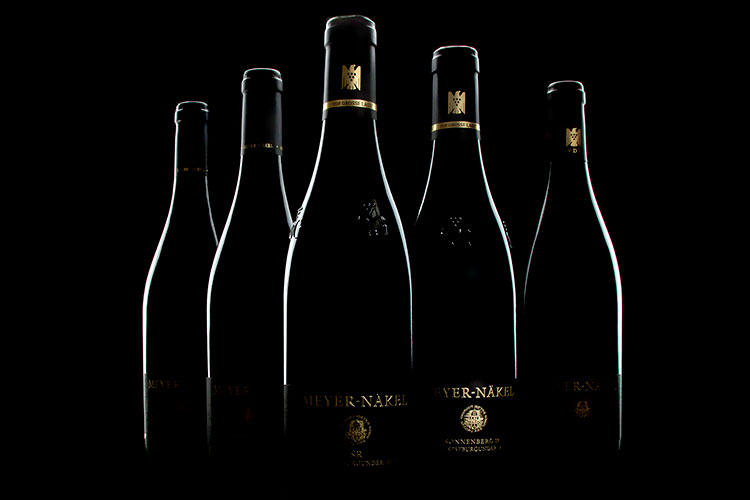 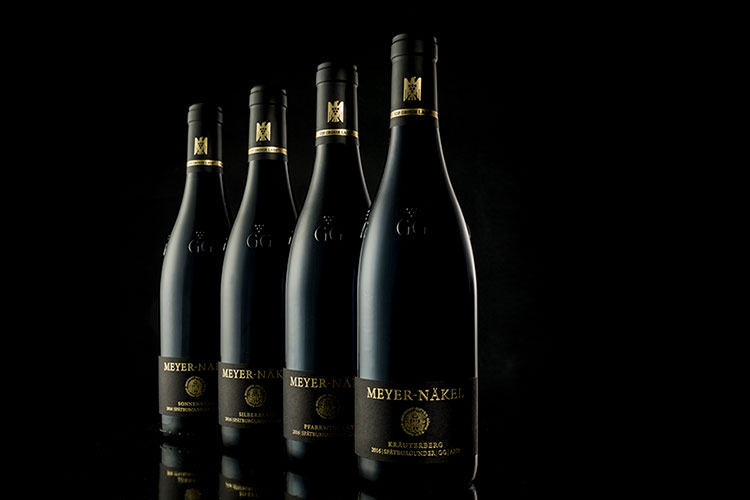