Since 1156 the Prüms have called the village of Wehlen home. The Prüm estate as we know it today began with Sebastian Alois Prüm (1794-1871); his brother Jodocus constructed the Wehlener and Zeltinger sundials. Of his six sons only Mathias (1835-1890) married. In 1911 the estate was split amongst Mathias’s four sons and three daughters. It was when his oldest son, Joh. Jos. Prüm, started the estate. Joh. Jos. Prüm was in poor health when his son Sebastian took over in 1920 and went on to establish the world repute of the estate which continues to this day. After his death in 1969, his son Dr. Manfred Prüm assumed the responsibility and today Manfred and his oldest daughter, Katharina work in parallel to manage the estate. It’s most important vineyard holdings are the Wehlener Sonnenuhr, Graacher Himmelreich, Zeltinger Sonnenuhr and Bernkasteler Badstube. The vineyards are planted 95% Riesling. The Joh. Jos. Prüm estate ferments its Riesling almost exclusively with indigenous yeast. Annual production is 15,000 cases.

The terroir makeup of the vineyard follows:

Zeltinger Sonnenuhr – in the best parts similar to Wehlener Sonnenuhr.

Dr. Prüm was chosen Winemaker of the Year in 1996 and had the collection of the year in 2007 by The Gault-Millau/German Wine Guide.
The Joh. Jos. Prüm Estate is a founding member of the VDP 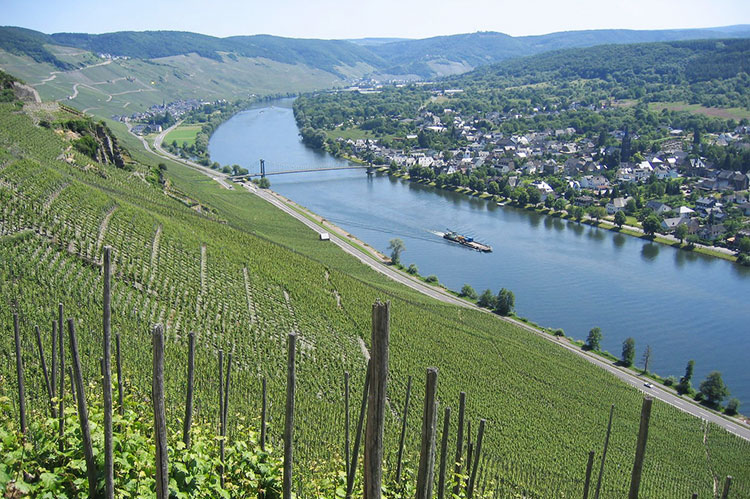 Joh Jos Prüm do not publish technical sheets or data of the wines. For a full description of each vintage, please find the Joh. Jos. Prüm Vintage Reports below.